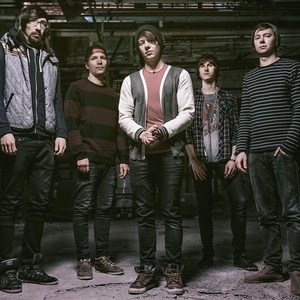 Upcoming events: 25
Subscribers:  3
My Rock Shows — search for concerts and buy tickets in more than 50 countries.
Join us

Here you can find all upcoming Annisokay concerts. If the concert schedule is not right, please contact us and we will add a gig of Annisokay in 2021 or 2022 in our database.

Past events of band Annisokay →

Annisokay (stylized as annisokay, pronounced Ann is okay) is a German metalcore band from Halle, Saxony-Anhalt.
The band consists of screamer Dave Grunewald, guitarists Christoph Wieczorek and Norbert Rose, as well of bassist Philipp Kretzschmar and drummer Daniel Herrmann. Former members are Torsten Schwan, Sebastian Lohrisch, Simon Sadewasser (all bass), Kay Westphal (drums) and Felix Fröhlich (vocals).
Up to date Annisokay released two demo-CDs, an EP and two studioalbums: The Lucid Dream[er] was originally self-released in 2012 (2013 via Radtone Records in Japan) and was re-released in 2014 when the band signed a label deal with SPV GmbH. The follow-up record Enigmatic Smile was released in March 2015 and peaked at no. 68 in the German albums charts.
Annisokay toured Germany several times and played alongside acts like Silverstein, Callejon and Eskimo Callboy. They played at 2014s edition of Summer Breeze Open Air and at Mair1 Festival in Montabaur.

Djent Metalcore
They track this band: