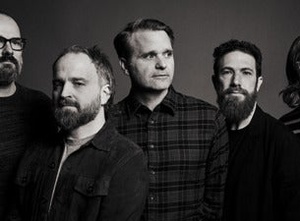 Concert of Death Cab for Cutie in House of Blues

Based on the latest local guidelines, attendees are no longer required to provide proof of negative COVID-19 test AND/OR vaccination for entry into this event. However, the California Department of Health strongly recommends that all attendees are fully vaccinated or obtain a negative COVID-19 test prior to attending the event. Be sure to check your venue website for the latest updates and guidelines as entry requirements are subject to change.

About Death Cab for Cutie

The band was originally a solo project by Gibbard, who expanded the project into a complete group upon getting a record deal. They released their debut album, Something About Airplanes, in 1998. The band's fourth album, 2003's Transatlanticism, broke into the mainstream both critically and commercially; its songs were featured in various TV series and films. The band's major label debut for Atlantic Records, 2005's Plans, went platinum. Their ninth and latest studio album, Thank You for Today, was released in August 2018.

Death Cab for Cutie's music has been classified as indie rock, indie pop, and alternative rock. It is noted for its unconventional instrumentation and for Gibbard's distinctive voice and lyrical style. Alongside their full-length studio albums, the band has released four EPs, two live EPs, one live album, and one demo album.

The group's name comes from the song "Death Cab for Cutie", written by Neil Innes and Vivian Stanshall and performed by their group the Bonzo Dog Doo-Dah Band. It originally featured on the British television show Do Not Adjust Your Set (series 1 episode 7), as well as in the Beatles' film Magical Mystery Tour.