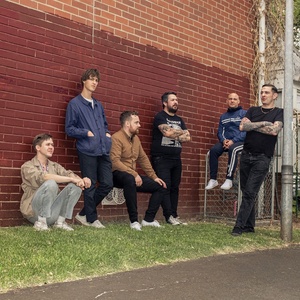 Upcoming events: 47
Subscribers:  0
My Rock Shows — search for concerts and buy tickets in more than 50 countries.
Join us
Sign in
Follow us on social media

Here you can find all upcoming Viagra Boys concerts. If the concert schedule is not right, please contact us and we will add a gig of Viagra Boys in 2022 or 2023 in our database.

Click the "Subscribe" button and get notified by MyRockShows about Viagra Boys upcoming events. Explore this page to find details of upcoming events of Viagra Boys, including the venue address and tickets cost.

Viagra Boys are a Swedish post-punk band from Stockholm.

The band was formed in 2015, with several members coming from the bands Les Big Byrd, Pig Eyes, Nine, Nitad, and Neu-Ronz. In 2018, they released their first album, Street Worms. Nils Hansson, a journalist at the newspaper Dagens Nyheter described the band favorably, praising their musical style, as well as their use of black humor and satire, and rated the album a five out of five. The lyrics of their songs make numerous references to shrimp.

In 2019, the band won the Independent Music Companies Association (IMPALA) Album of the Year Award for Street Worms.

The band's second album, Welfare Jazz, was released in January 2021.