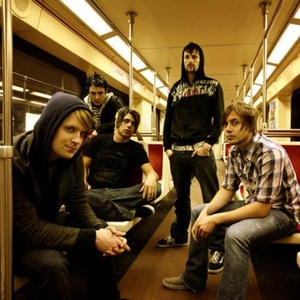 Concert The Classic Crime in The Crocodile

The Classic Crime caps off their WEST/COAST 2020 tour with an Album Release Party in Seattle.
with Assuming We Survive.
All Ages + Bar w/ ID

About artist The Classic Crime

The Classic Crime is an American rock band from Seattle, Washington formed in 2004. The band's current lineup consists of Matt MacDonald (vocals, guitar), Alan Clark (bass), Robert "Cheeze" Negrin (guitar), and Paul "Skip" Erickson (drums, vocals). They have released three albums and an EP on Tooth & Nail Records, two of which, The Silver Cord (2008) and Vagabonds (2010), charted in the Billboard 200. In July 2011, the band left Tooth & Nail to produce a fourth album with the help of fan donations via Kickstarter, called Phoenix (2012). In April 2016, The Classic Crime created a Kickstarter to raise funds for a fifth studio album. Within three hours they acquired the necessary $30,000 for the album. On April 28th, 2017 they released their fifth studio album titled How to Be Human(2017).