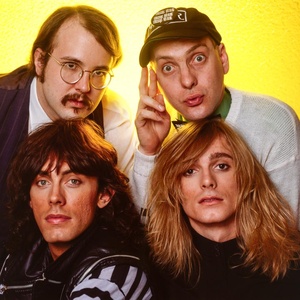 Upcoming events: 49
Subscribers:  1
My Rock Shows — search for concerts and buy tickets in more than 50 countries.
Join us
Sign in

Here you can find all upcoming Cheap Trick concerts. If the concert schedule is not right, please contact us and we will add a gig of Cheap Trick in 2021 or 2022 in our database.

Click the "Subscribe" button and get notified by MyRockShows about Cheap Trick upcoming events. Explore this page to find details of upcoming events of Cheap Trick, including the venue address and tickets cost.

Cheap Trick released their self-titled debut album in 1977 and found success in Japan with the release of their second album, In Color, later that year. The band would achieve mainstream popularity in the United States in 1979 with their breakthrough album Cheap Trick at Budokan. Cheap Trick reached the Top 10 in the US charts in 1979 with the Budokan live version of "I Want You to Want Me" and topped the charts in 1988 with "The Flame".

Cheap Trick have performed live more than 3,700 times and sold more than 20 million albums. Over the course of its career, the band has experienced several resurgences of popularity and built a dedicated cult following. Cheap Trick were inducted into the Rock and Roll Hall of Fame in 2016.

Hard Rock Psychedelic Rock
They are subscribed to this band