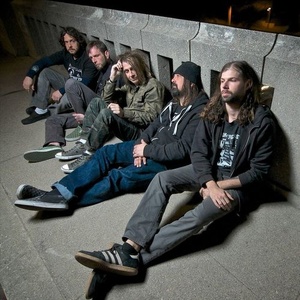 Upcoming events: 14
Subscribers:  2
My Rock Shows — search for concerts and buy tickets in more than 50 countries.
Join us
Sign in

Here you can find all upcoming Eyehategod concerts. If the concert schedule is not right, please contact us and we will add a gig of Eyehategod in 2021 or 2022 in our database.

Click the "Subscribe" button and get notified by MyRockShows about Eyehategod upcoming events. Explore this page to find details of upcoming events of Eyehategod, including the venue address and tickets cost.

Eyehategod (also abbreviated and referred to as EHG) is an American sludge metal band from New Orleans who formed in 1988. They have become one of the most well known bands to emerge from the NOLA metal scene. Throughout the years, their core line-up has remained, with the exceptions of the bass guitarist, a slot in which several musicians have played, and the death of drummer Joey LaCaze in 2013.
Eyehategod have noted Melvins, Carnivore, The Obsessed, Discharge, Black Flag, Corrosion of Conformity, Black Sabbath, Celtic Frost, Confessor and Saint Vitus as key influences to their sound. Heavy, detuned, and bluesy guitar riffs dominate the band's discography. They are combined with walls of feedback and tortured vocals to create a harsh misanthropic vibe. The band was friends with Anal Cunt and performed with them for the first show after their frontman Seth Putnam came out of his coma.

Sludge Metal Stoner Rock
They are subscribed to this band