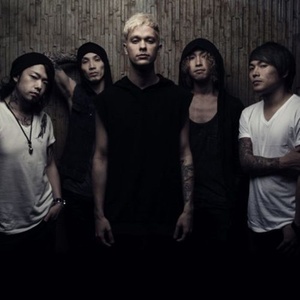 Upcoming events: 3
Subscribers:  10
My Rock Shows — search for concerts and buy tickets in more than 50 countries.
Join us
Sign in
Follow us on social media

Here you can find all upcoming Coldrain concerts. If the concert schedule is not right, please contact us and we will add a gig of Coldrain in 2022 or 2023 in our database.

Click the "Subscribe" button and get notified by MyRockShows about Coldrain upcoming events. Explore this page to find details of upcoming events of Coldrain, including the venue address and tickets cost.

Coldrain (コールドレイン, Kōrudorein, stylized as coldrain) is a Japanese metalcore band from Nagoya, formed in 2007. The band mixes melodic singing alongside screams typical of the post-hardcore genre. Despite being Japanese, all the band's songs are written in English and executed in a way that is quite faithful to the stereotypical American song. Masato (lead vocals), has a Japanese father and an American mother and speaks both Japanese and English. After the first two albums, Final Destination and The Enemy Inside, which were only released in Japan, the group made its worldwide debut in 2014 with The album The Revelation, released by Hopeless Records and Sony.

MAN WITH A MISSION