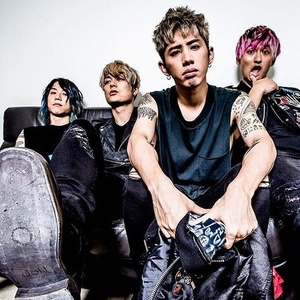 Upcoming events: 14
Subscribers:  34
My Rock Shows — search for concerts and buy tickets in more than 50 countries.
Join us
Sign in
Follow us on social media

Here you can find all upcoming ONE OK ROCK concerts. If the concert schedule is not right, please contact us and we will add a gig of ONE OK ROCK in 2022 or 2023 in our database.

Click the "Subscribe" button and get notified by MyRockShows about ONE OK ROCK upcoming events. Explore this page to find details of upcoming events of ONE OK ROCK, including the venue address and tickets cost.

About ONE OK ROCK

One Ok Rock, stylized as ONE OK ROCK (pronounced in Japanese as "one o'clock"), is a Japanese rock band formed in Tokyo, Japan in 2005. The band currently consists of Takahiro Moriuchi (vocals), Toru Yamashita (guitar/leader), Ryota Kohama (bass), and Tomoya Kanki (drums).
The band's name, ONE OK ROCK, comes from "one o'clock", the time that the band used to practice on weekends. They chose to play at one o'clock in the morning because it was cheaper to use the rehearsal space during such hours. However, noticing that the Japanese language made no distinction between R's and L's, they changed "O'CLOCK" to "O'CROCK" (or "O'KROCK"), which was then separated to become "OK ROCK". In addition, ONE OK ROCK's name can be expressed as "10969" (one-o-ku-ro(ku)-ku).

MAN WITH A MISSION

Christian Rock Alternative Rock
They are subscribed to this band in