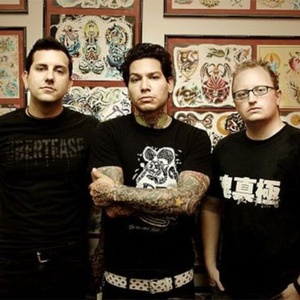 Upcoming concerts: 0
My Rock Shows — search for concerts and buy tickets in more than 50 countries.
Join us

Here you can find all upcoming MxPx concerts. If the concert schedule is not right, please contact us and we will add a gig of MxPx in 2021 or 2022 in our database.

Past events of band MxPx →

There are no upcoming events of band MxPx

MxPx is an American punk rock band from Bremerton, Washington founded in 1992 as Magnified Plaid. The band has skate punk leanings, with connections to the pop punk scene. Current members include Mike Herrera on lead vocals and bass guitar, Yuri Ruley on drums and percussion, Tom Wisniewski on lead guitar and backing vocals and Chris Adkins on rhythm guitar and backing vocals. The band's discography includes nine studio albums, four EPs, four compilation albums, a live album, a VHS tape, a DVD and 20 singles. A number of the group's releases have charted on Billboard, including the Billboard 200 and No. 1 on Billboard Christian Albums.