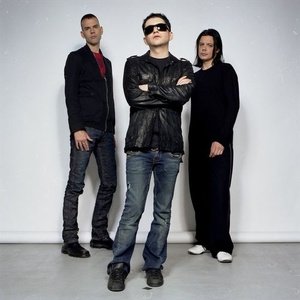 Subscribers: 92
Share with friends
My Rock Shows — search for concerts and buy tickets in more than 50 countries.
Join us
Sign in
Follow us on social media

Here you can find all upcoming Placebo concerts. If the concert schedule is not right, please contact us and we will add a gig of Placebo in 2023 or 2024 in our database.

Explore this page to find details of upcoming events of Placebo, including the venue address and tickets cost.

Placebo are an alternative rock band, formed in London, England in 1994 by singer-guitarist Brian Molko and guitarist-bassist Stefan Olsdal. The band were soon joined by drummer Robert Schultzberg, who left in 1996 due to conflicts with Molko and was replaced the same year by Steve Hewitt.
Placebo gained exposure in 1997, after releasing "Nancy Boy", a song which Brian Molko described as "obscene". The band has sparked controversy at the beginning of their career because Molko wore dresses and make-up in public and talked openly about sex, sexuality and drug use.
Placebo collaborated with various artists over the years, such as David Bowie, Justin Warfield, Michael Stipe and Alison Mosshart.
Hewitt left in 2007 due to personal and musical differences and was replaced the following year by Steve Forrest. Placebo released two albums with Forrest, who left in 2015 to pursue his own musical career. As of 2015, Placebo performs as a duo with various live musicians.
Placebo utilise androgynous images and lyrical content. To date, they have released seven studio albums, all of which have reached the top 20 in the United Kingdom, and have sold around 11 million records worldwide.

Electronic rock
They are subscribed to this band