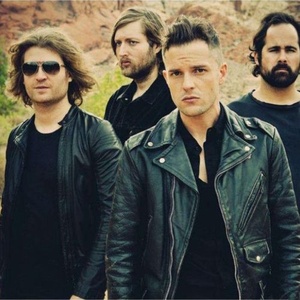 Upcoming events: 13
Subscribers:  76
My Rock Shows — search for concerts and buy tickets in more than 50 countries.
Join us
Sign in
Follow us on social media

Here you can find all upcoming The Killers concerts. If the concert schedule is not right, please contact us and we will add a gig of The Killers in 2022 or 2023 in our database.

Click the "Subscribe" button and get notified by MyRockShows about The Killers upcoming events. Explore this page to find details of upcoming events of The Killers, including the venue address and tickets cost.

The Killers are an American rock band formed in Las Vegas, Nevada, in 2001 by members Brandon Flowers (lead vocals, keyboards, bass) and Dave Keuning (guitar, backing vocals). Mark Stoermer (bass, guitar, backing vocals) and Ronnie Vannucci, Jr. (drums, percussion) would complete the current line-up of the band in 2002. The band's name is derived from a logo on the bass drum of a fictitious band, portrayed in the music video for the New Order song "Crystal".
The Killers are seen as one of the biggest rock bands of the 21st century, and the most successful rock band to ever emerge from the state of Nevada. They have also achieved worldwide success as a live band, performing in over 50 countries and on six continents, headlining venues such as Madison Square Garden and Wembley Stadium.

Alternative Rock Garage Rock
They are subscribed to this band in