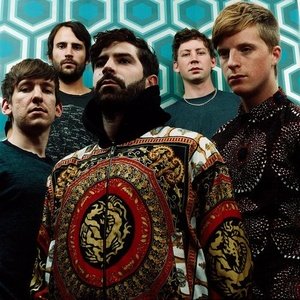 Upcoming events: 15
Subscribers:  14
My Rock Shows — search for concerts and buy tickets in more than 50 countries.
Join us
Sign in
Follow us on social media

Here you can find all upcoming Foals concerts. If the concert schedule is not right, please contact us and we will add a gig of Foals in 2022 or 2023 in our database.

Click the "Subscribe" button and get notified by MyRockShows about Foals upcoming events. Explore this page to find details of upcoming events of Foals, including the venue address and tickets cost.

Foals are an English indie rock band from Oxford, England formed in 2005, consisting of lead vocalist and lead guitarist Yannis Philippakis, drummer and percussionist Jack Bevan, rhythm guitarist Jimmy Smith, bassist Walter Gervers, and keyboardist Edwin Congreave. Since the band's formation, their line-up has remained constant, except for the departure of former lead singer Andrew Mears.
They are currently signed to Warner Bros. Records, and have released four studio albums: Antidotes (2008), Total Life Forever (2010), Holy Fire (2013), What Went Down (2015), one video album, six extended plays and nineteen singles.
The band have toured internationally and have featured on Glastonbury, Coachella and Roskilde festivals. The band have won a number of awards, including best live act at the 2013 Q Awards while producers Alan Moulder and Flood were awarded 'UK Producer Of The Year' for their work on the album Holy Fire.

Indie Rock Post-Punk
They are subscribed to this band