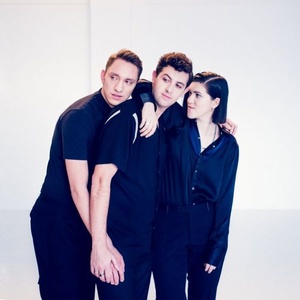 Upcoming events: 0
Subscribers:  14
My Rock Shows — search for concerts and buy tickets in more than 50 countries.
Join us

Here you can find all upcoming The Xx concerts. If the concert schedule is not right, please contact us and we will add a gig of The Xx in 2021 or 2022 in our database.

Click the "Subscribe" button and get notified by MyRockShows about The Xx upcoming events. Explore this page to find details of upcoming events of The Xx, including the venue address and tickets cost.

Please contact us in case you see a mistake in The Xx events dates or if MyRockShows is leaving out any of The Xx upcoming gigs.

See past events of The Xx →

There are no upcoming events of band The Xx

The xx are an English indie pop band formed in 2005 in Wandsworth, London, and currently consists of Oliver Sim (bass, vocals), Romy Madley Croft (guitar, vocals) and Jamie xx (beats, MPC, record production). They are best known for their distinct and unique minimalistic sound that blends the likes of indie pop, indie electronic, dream pop and electronic rock and the dual vocalist setup of both Croft and Sim.
The band was formed when Croft and Sim met during their time at Elliott School, with Baria Qureshi joining the same year and Smith a year after. After posting demos on their Myspace page, they drew the attention of the Beggars Group-owned label Young Turks. Working with producer Rodaidh McDonald, the band released their debut album, xx, in August 2009. The album was a commercial and critical success, ranking first for The Guardian's and second for NME's best of the year lists among others, and won the Mercury Prize in 2010. After their debut, Qureshi was released from the group and their second album, Coexist, was released on 5 September 2012 to positive reviews, peaking at No. 5 on the Billboard 200. After a four-year lapse between releases, including Smith's solo debut in 2015, In Colour, the band released their third album, I See You, on 13 January 2017, which debuted to critical acclaim and peaked at No. 2 on the Billboard 200.

Indie Rock
They are subscribed to this band