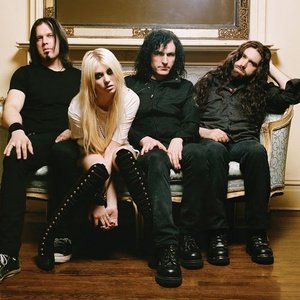 You can find The Pretty Reckless tour schedule and venue info.

Past events of band The Pretty Reckless →

About The Pretty Reckless

The Pretty Reckless is an American rock band from New York City, formed in 2009. The band consists of Taylor Momsen (lead vocals, rhythm guitar), Ben Phillips (lead guitar, backing vocals), Mark Damon (bass) and Jamie Perkins (drums).
The band released their debut studio album, Light Me Up, in August 2010. The album spawned three moderately successful singles, most notably "Make Me Wanna Die". The band released the Hit Me Like a Man EP in early 2012. In March 2014, the band released their second studio album, Going to Hell, which included the singles "Heaven Knows" and "Messed Up World" which topped the US and UK rock charts. The band's third studio album, Who You Selling For, was released on October 21, 2016 by Razor & Tie. The album spawned the single "Take Me Down", which earned the band their fourth number one on the US rock chart.

Theory Of A Deadman