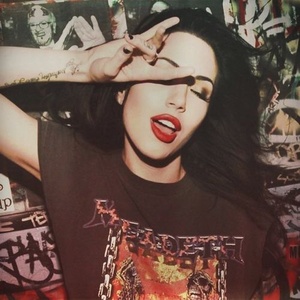 Upcoming events: 4
Subscribers:  1
My Rock Shows — search for concerts and buy tickets in more than 50 countries.
Join us

Here you can find all upcoming Dorothy concerts. If the concert schedule is not right, please contact us and we will add a gig of Dorothy in 2021 or 2022 in our database.

Dorothy is an American rock band from Los Angeles, California, formed in 2014. The band consists of vocalist Dorothy Martin, drummer Jason Ganberg, guitarist Nick Maybury, Eli Wulfmeier and bassist Eliot Lorango. They released their first project, a self-titled EP, in 2014. Rolling Stone deemed them "a [band] you need to know," and named them #14 on their 50 Best New Artists of 2014 list.