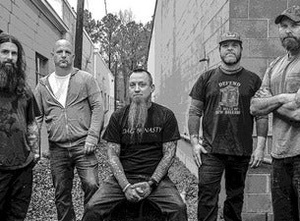 Concert of Avail in Irving Plaza

Preferred Balcony Ticket Includes Front of the Line Access and Balcony Access Age Restriction:16+ Unless Accompanied by a Guardian All set times and support acts are subject to change Mobile delivery delayed until 72hrs prior to event

Avail is an American punk rock band from Richmond, Virginia, United States. Originally from Reston, Virginia, the band formed in 1987, its members including Joe Banks, Doug Crosby, Brien Stewart, and Mikey Warstler. The only original remaining member, guitar player Joe Banks, teamed up with rival band LDK's (Learning Disabled Kids) Tim Barry. They moved to Richmond in 1990, and soon, after numerous line up changes, put together a solid lineup to release their first album "Satiate" in 1992. Many of their lyrics center on Richmond. The band released six studio albums.

The band has never officially disbanded, but has not released any new material since 2002 and stopped playing live shows in 2007.

On March 26, 2019, the band announced a reunion show at The National in Richmond, Virginia, scheduled for July 19. Since then, they have played multiple shows and continue to tour. There are currently no plans to release any new material.