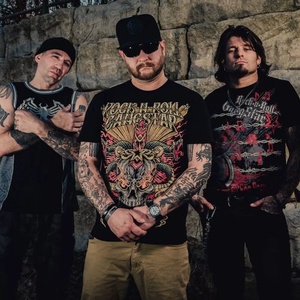 Upcoming events: 1
Subscribers:  2
My Rock Shows — search for concerts and buy tickets in more than 50 countries.
Join us

Here you can find all upcoming Flaw concerts. If the concert schedule is not right, please contact us and we will add a gig of Flaw in 2021 or 2022 in our database.

Click the "Subscribe" button and get notified by MyRockShows about Flaw upcoming events. Explore this page to find details of upcoming events of Flaw, including the venue address and tickets cost.

Flaw is an American rock band from Louisville, Kentucky. The band was formed by guitarist Jason Daunt in 1996. After a string of rough independent recordings in the 1990s, the band signed to Republic/Universal Records and released two major label albums, Through the Eyes in 2001 and Endangered Species in 2004. Breakups, line-up changes, and internal strife plagued the band for the rest of the decade, though as of 2015, the band reformed with three of their core members for touring and writing music. The band released their fourth studio album, Divided We Fall, on August 19, 2016.

Hard Rock Nu Metal
They are subscribed to this band