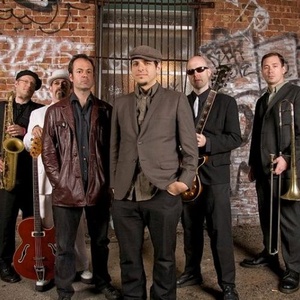 Upcoming concerts: 32
My Rock Shows — search for concerts and buy tickets in more than 50 countries.
Join us

Here you can find all upcoming The Slackers concerts. If the concert schedule is not right, please contact us and we will add a gig of The Slackers in 2021 or 2022 in our database.

12 USD @ Live From
Buy ticket
Baltimore, MD, USA
Ottobar
Interested
0Going
Interested
Going 0
Not interested
We have no ticket information yet, subscribe to the event and we will notify you
No Information
I have a ticket:
Pittsburgh, PA, USA
The Crafthouse Stage & Grill
Philadelphia, PA, USA
The Lounge at World Cafe Live

The Slackers are a New York City band, formed in Manhattan in 1991. The band's sound is a mix of ska, rocksteady, reggae, dub, soul, garage rock, and jazz. The Slackers' notability is credited to their prolific career, tours of North America, Europe, and elsewhere, and signing to notable punk label Hellcat Records.
There are several side projects of The Slackers, including Reggae Workers of the World, David Hillyard & The Rocksteady Seven, Crazy Baldhead Sound System, Da Whole Thing, the SKAndalous All Stars, as well as an acoustic solo project by Vic Ruggiero.