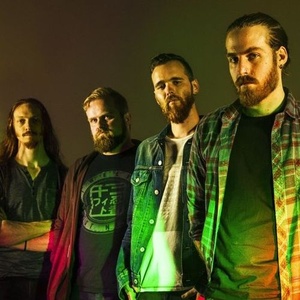 Caligula's Horse is an Australian progressive alternative rock band from Brisbane, Queensland. The band was formed by Sam Vallen and Jim Grey in early 2011. The current lineup consists of lead vocalist Jim Grey, lead guitarist Sam Vallen, guitarist Adrian Goleby, bassist and vocalist Dave Couper and drummer Josh Griffin. Caligula's Horse achieved their first chart success with their 2015 album release Bloom, with it reaching number 16 on the Australian Albums ARIA Chart and number 75 on the overall album chart. The album also reached number 73 on the Australian iTunes chart on 21 October 2015.
Their first album Moments from Ephemeral City (2011) and follow up EP Colossus (2011) were released independently before signing with Welkin Records and releasing their sophomore album The Tide, the Thief & River's End (2013). The band then signed with Inside Out Music for the release of their 2015 album Bloom.
The band released their fourth album In Contact on September 15 2017.