Main  →  Bands by countries  →  Bands from USA  →  The Contortionist 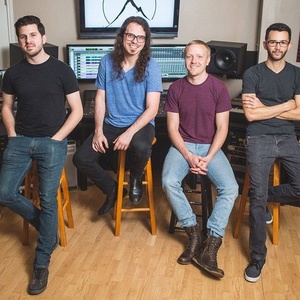 Upcoming concerts of The Contortionist in 2021-2022

The Contortionist is an American progressive metal band from Indianapolis, Indiana. Formed in 2007, the band consists of guitarists Robby Baca and Cameron Maynard, drummer Joey Baca, vocalist Mike Lessard, bassist Jordan Eberhardt, and keyboardist Eric Guenther. They have released four studio albums and three EPs. The band signed with E1 and Good Fight Music in early 2010 . The Contortionist has toured with many bands including Hatebreed, Born of Osiris, Periphery, Between the Buried and Me, All Shall Perish, Veil of Maya, After the Burial, Intervals, Protest the Hero, Within the Ruins, August Burns Red, Animals As Leaders, and TesseracT.

Mathcore Math Metal
They are subscribed to this band