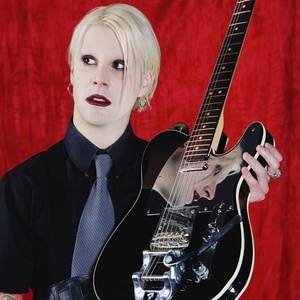 John William Lowery (born July 31, 1970), best known by the stage name John 5, is an American guitarist. His stage name was bestowed on him in 1998 when he left David Lee Roth and joined the rock group Marilyn Manson as their guitarist, taking over for Zim Zum. Still going by the name John 5, Lowery has since become the guitarist for Rob Zombie.