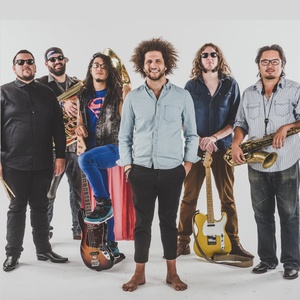 Concert Andy Frasco & The U.N. in The Fox Theatre

About artist Andy Frasco & The U.N.

In 2017, the band released their first live album (CD and DVD) entitled Songs From the Road, which was recorded in August 2016 at the Tucher Blues and Jazz Festival in Bamberg, Germany. In September 2021, they released Live On the Rocks, an album recorded live at the Red Rocks Amphitheatre in Colorado on May 27, 2021.