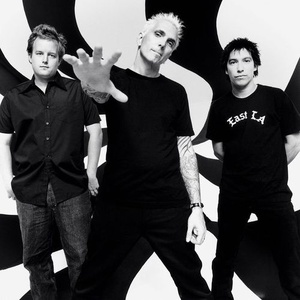 Concert of Everclear in H-E-B Center at Cedar Park

You have a great opportunity to see Everclear with band Sister Hazel, on Oct. 2, 2020 at H-E-B Center at Cedar Park in Cedar Park, TX.

Everclear is an American rock band formed in Portland, Oregon in 1991. The band was formed by Art Alexakis, the band's lead songwriter, vocalist, and guitarist; and for most of the band's height of popularity, consisted of Craig Montoya on bass guitar and Greg Eklund on drums. After the limited release of their independently released debut album, World of Noise, the band found success with their first three albums on Capitol Records: Sparkle and Fade, So Much for the Afterglow, and Songs from an American Movie Vol. One: Learning How to Smile, which were all certified platinum in sales. However, the following two albums Songs from an American Movie Vol. Two: Good Time for a Bad Attitude and Slow Motion Daydream, were not as well received, and as sales suffered, Montoya and Eklund left the band shortly after in 2003.
After a brief stint of solo performances, Alexakis decided to push forward with the Everclear name, finding new musicians to perform with and releasing two more albums, Welcome to the Drama Club and Invisible Stars. Starting in 2012, Alexakis has also started up a 1990s nostalgia tour, called the Summerland Tour, that occurs every summer with Everclear and other 1990s alternative rock bands. In April 2015, the band released a ninth studio album entitled Black is the New Black.