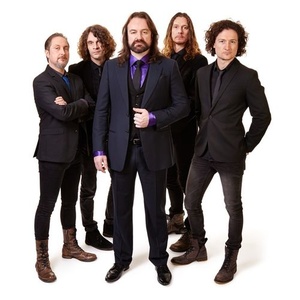 You have a great opportunity to see Headspace, on May 18, 2020 at The Loading Dock in Salt Lake City, UT.

Headspace are an English progressive metal band formed in 2006 by keyboardist Adam Wakeman with former Threshold singer Damian Wilson. Wakeman is also keyboardist in Ozzy Osbourne's band.
Their first release, an EP entitled I Am... coincided with their support shows with Osbourne on the European Leg of the Black Rain tour in 2007. Their debut concept album I Am Anonymous was released worldwide on 22 May 2012 on the Inside Out / Century Media label.
In November 2015, they announced a new follow-up album, All That You Fear is Gone, to be released on 26 February 2016. It will be their first release with drummer Adam Falkner. In January 2016, they released a song from the album: "Your Life Will Change.