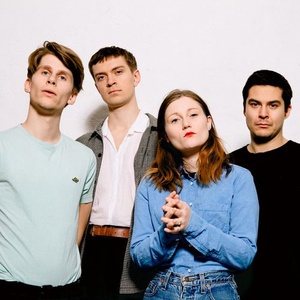 Sløtface, formerly known (and still pronounced) as Slutface, are a Norwegian pop punk band from Stavanger. Formed in 2012, the group started when vocalist Haley Shea and guitarist Tor-Arne Vikingstad began writing songs together, later being joined by drummer Halvard Skeie Wiencke who had previously played in a hardcore band with Tor-Arne and bassist Lasse Lokøy. Releasing their first single "Angst" in 2014, the band signed to Propeller Recordings record label in the summer of 2015. In October 2015, they released "Shave My Head" alongside B-side "Get My Own". The release was succeeded by their third single "Kill Em With Kindness" in January 2016.