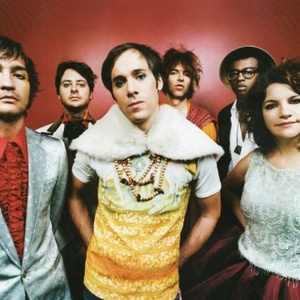 Concert of Montreal in The Ready Room

You have a great opportunity to see of Montreal, on April 2, 2014 at The Ready Room in St Louis, MO.

About artist of Montreal

of Montreal is an American experimental pop band from Athens, Georgia. It was founded by frontman Kevin Barnes in 1996, named after a failed romance between Barnes and a woman "of Montreal." The band is identified as part of the Elephant 6 collective. Throughout its existence, of Montreal's musical style has evolved considerably and drawn inspiration from numerous 1960s psychedelic pop acts.