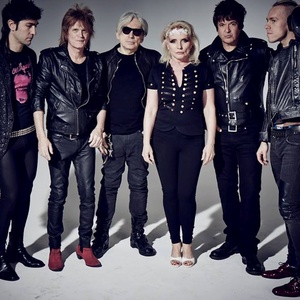 Upcoming events: 0
Subscribers:  5
My Rock Shows — search for concerts and buy tickets in more than 50 countries.
Join us
Sign in
Follow us on social media

Here you can find all upcoming Blondie concerts. If the concert schedule is not right, please contact us and we will add a gig of Blondie in 2022 or 2023 in our database.

Click the "Subscribe" button and get notified by MyRockShows about Blondie upcoming events. Explore this page to find details of upcoming events of Blondie, including the venue address and tickets cost.

See past events of Blondie →

There are no upcoming events of Blondie

Blondie is an American rock band co-founded by singer Debbie Harry and guitarist Chris Stein. The band was a pioneer in the American new wave scene of the mid-1970s in New York. Their first two albums contained strong elements of these genres, and although highly successful in the United Kingdom and Australia, Blondie was regarded as an underground band in the United States until the release of Parallel Lines in 1978. Over the next five years, the band achieved several hit singles including "Heart of Glass", "Call Me", "Atomic", "The Tide Is High", and “Rapture”. The band became noted for its eclectic mix of musical styles, incorporating elements of disco, pop, reggae, and early rap music.

Blondie disbanded after the release of its sixth studio album, The Hunter, in 1982. Debbie Harry continued to pursue a solo career with varied results after taking a few years off to care for partner Chris Stein, who was diagnosed with pemphigus, a rare autoimmune disease of the skin. The band re-formed in 1997, achieving renewed success and their sixth number one single in the United Kingdom with "Maria" in 1999, exactly 20 years after their first UK No. 1 single ("Heart of Glass").

The group toured and performed throughout the world during the following years, and was inducted into the Rock and Roll Hall of Fame in 2006. Blondie has sold around 40 million records worldwide[7] and is still active. The band's eleventh studio album, Pollinator, was released on May 5, 2017.

Joan Jett and the Blackhearts

Mojo and the Mayhem

Funk Rock
They are subscribed to this band in