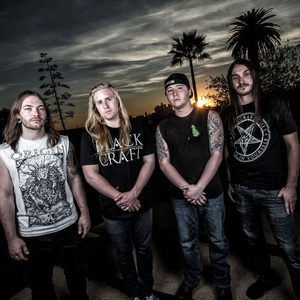 You have a great opportunity to see Rings Of Saturn with band Enterprise Earth, on Feb. 27, 2020 at Cathouse Rock Club in Glasgow.

About artist Rings Of Saturn

Rings of Saturn is an American deathcore band from the Bay Area, California. The band was formed in 2009 and was originally just a studio project. However, after gaining a wide popularity and signing to Unique Leader Records, the band formed a full line-up and became a full-time touring band. Rings of Saturn's music features a highly technical style, heavily influenced by themes of alien life and outer space. They have released four full-length albums, with their third, Lugal Ki En, released in 2014 and peaking at 126 on the American Billboard 200 chart.