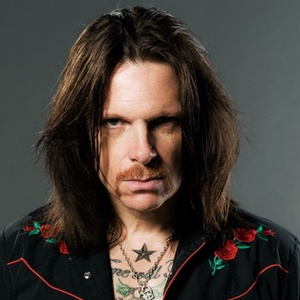 Upcoming concerts: 21
My Rock Shows — search for concerts and buy tickets in more than 50 countries.
Join us

Here you can find all upcoming Ricky Warwick concerts. If the concert schedule is not right, please contact us and we will add a gig of Ricky Warwick in 2021 or 2022 in our database.

Leeds, United Kingdom
With: The Virginmarys
The Warehouse
Interested
0Going
Interested
Going 0
Not interested
We have no ticket information yet, subscribe to the event and we will notify you
No Information
I have a ticket:

Ricky Warwick (born 11 July 1966, Newtownards, County Down, Northern Ireland) is a Northern Irish musician and songwriter, and the lead singer with Black Star Riders and Thin Lizzy. He is also the frontman for the Scottish hard rock band The Almighty, with whom he achieved chart success in the UK throughout the 1990s, although the band is currently on hiatus. Warwick has released several solo albums and performed with a variety of other bands and artists, and also fronts his own band, The Fighting Hearts, to showcase his solo material.