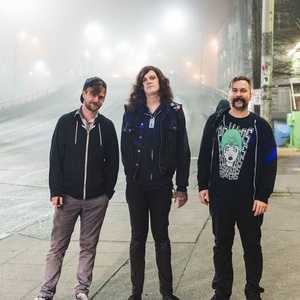 Upcoming events: 0
Subscribers:  1
My Rock Shows — search for concerts and buy tickets in more than 50 countries.
Join us

See past events of The Fall Of Troy →

There are no upcoming events of band The Fall Of Troy

About The Fall Of Troy

The Fall of Troy is an American post-hardcore band from Mukilteo, Washington. The band is a trio consisting of Thomas Erak (guitars, vocals, keyboards), Andrew Forsman (drums, percussion) and Tim Ward (bass, screamed vocals) who was later replaced by Frank Ene following his departure from the band in late 2007. Ene would remain in the band until their initial break-up in 2010, but Ward rejoined the band in Ene's place for their reunion in 2013. Drew Pelisek, formerly of CHON, has been touring with the band on bass and backing vocals since 2017 and both he and Ward are considered to be official members
The trio is known for their technical, intricate style, unorthodox song structures and energetic stage presence. Erak's alternating guitar riffs and rhythmic chord work, paired with unconventional time signatures set the band apart from other post-hardcore bands. They were also known for interchanging clean vocals and harsh screams, which was often split between Erak and Ward, respectively. The group has released five full-length albums, two EPs, and one single. Prior to The Fall of Troy's formation, when each member was about 17 years old, all three founding members were in another group named The 30 Years War, who released two EPs.

Alternative Rock Post-Hardcore
They are subscribed to this band