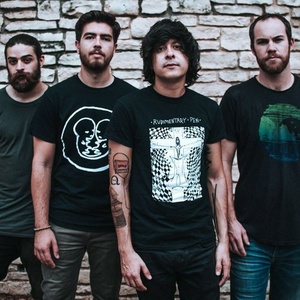 Here you can find all upcoming Hail The Sun concerts. If the concert schedule is not right, please contact us and we will add a gig of Hail The Sun in 2021 or 2022 in our database.

Past events of band Hail The Sun →
HAIL THE SUN: NEW AGE FILTH RELEASE SHOW
Live stream on Live From
0Remind me
Remind me 0
Not interested

13 USD @ Live From
Buy ticket
Copenhagen, Denmark
Amager BIO
Interested
0Going
Interested
Going 0
Not interested
We have no ticket information yet, subscribe to the event and we will notify you
No Information
I have a ticket:

S.S. Neverender 2021
Line-up: Taking Back Sunday, Coheed And Cambria, Hail The Sun
Norwegian Pearl Miami, Miami, FL, USA
Interested
0Going
Interested
Going 0
Not interested
We have no ticket information yet, subscribe to the event and we will notify you
No Information
I have a ticket:

About Hail The Sun

Hail the Sun is an American post-hardcore band based in Chico, California. Formed in 2009, the band consists of lead vocalist and drummer Donovan Melero, lead guitarist Shane Gann, rhythm guitarist Aric Garcia, and bass guitarist John Stirrat. The band first released their debut studio album, POW! Right In the Kisser! (2010), and EP, Elephantitis (2012), independently. In 2014, they signed to Blue Swan Records and released their sophomore studio album, Wake. In 2016, the band departed from the label, signing to Equal Vision Records and releasing their third studio album, Culture Scars on June 17, 2016.