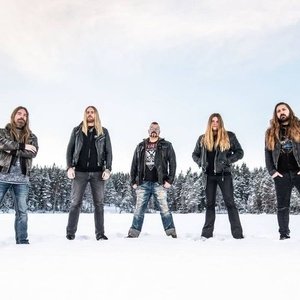 Upcoming events: 39
Subscribers:  84
My Rock Shows — search for concerts and buy tickets in more than 50 countries.
Join us
Sign in
Follow us on social media

Here you can find all upcoming Sabaton concerts. If the concert schedule is not right, please contact us and we will add a gig of Sabaton in 2022 or 2023 in our database.

Click the "Subscribe" button and get notified by MyRockShows about Sabaton upcoming events. Explore this page to find details of upcoming events of Sabaton, including the venue address and tickets cost.

Sabaton [ˈsæbəˌtɑn] is a Swedish heavy metal band from Falun. The band's main lyrical themes are based on war and historical battles—the name is a reference to a sabaton, knight's foot armor. The armor and battle theme is heard in the albums The Art of War, Coat of Arms, Carolus Rex, Heroes, and The Last Stand in which all of the songs contain these motifs, except final tracks which are tribute songs to influential heavy metal bands. Lyrical content drawn from World War I, World War II and other historical conflicts is prevalent and lyrics often recite stories of heroic deeds by men and armies. In April 2012, guitarists Oskar Montelius and Rikard Sundén, drummer Daniel Mullback, and keyboardist Daniel Mÿhr left the band to form Civil War. Lead vocalist Joakim Brodén and bassist Pär Sundström continued with new members, with Brodén on keyboards.

Power Metal
They are subscribed to this band in