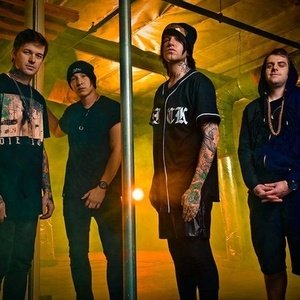 Concert of Attila in The Brooklyn Monarch

Attila will be performing their Rage album in it's entirety. With special guests: Catch Your Breath & Tallah

Attila is an American metalcore band from Atlanta, Georgia, formed in 2005. They have released eight full length albums.
Though their original formation was in 2005, the band did not start touring full-time until around 2010. Their most successful album, About That Life, was produced by Joey Sturgis, released on June 25, 2013, and debuted on the Billboard 200 chart at number 22.
Also, Attila has toured across the United States with bands such as Hed PE, Arsonists Get All the Girls, See You Next Tuesday, Insane Clown Posse, Emmure, Chelsea Grin, The Agonist, Oceano, Falling in Reverse, and Metro Station.

23 Meadow St, Brooklyn, NY, USA
New York, NY, USA
See all rock & metal events in The Brooklyn Monarch
You may also like
{"location":"City", "band":"Band name", "genre": "Genres", "place":"Place", "event":"Festivals in"}
{"message":"We use cookies to enhance your experience. By continuing to visit this site you agree to our use of cookies.","info":"More info", "link":"https://en.wikipedia.org/wiki/Cookie" }