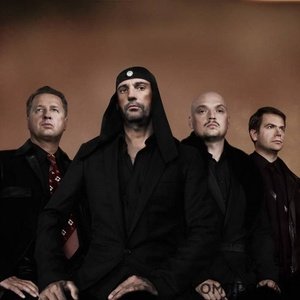 Concert of Laibach in Les Docks

You have a great opportunity to see Laibach, on Jan. 21, 2023 at Les Docks in Lausanne.

Laibach (German pronunciation: [ˈlaɪbax]) is a Slovenian avant-garde music group associated with the industrial, martial and neo-classical genres. Formed in the mining town of Trbovlje (at the time in Yugoslavia) in 1980, Laibach represents the musical wing of the Neue Slowenische Kunst (NSK) collective, a group which Laibach helped found in 1984. "Laibach" is the German historical name for the Slovenian capital Ljubljana, itself an oblique reference to the Nazi occupation of Slovenia in World War II.

From the early days, the band was subject to controversies and bans due to their elaborate use of iconography with ambiguously repugnant parodies and pastiches of elements from totalitarianism, nationalism and militarism, a concept they have preserved throughout their career. Censored and banned in Socialist Yugoslavia and receiving a kind of dissident status, the band embarked on international tours and gradually acquired international fame. After Slovenia became independent in 1991, Laibach's status in the country has turned from rejection to promotion into a national cultural icon, which included performances with the Slovenian symphony orchestra.

The band has seen numerous line-up changes, with Dejan Knez, Milan Fras, Ervin Markošek and Ivan "Jani" Novak forming the best-known line-up. They have worked with a number of collaborators and guest musicians. Laibach has also recorded film soundtracks, theatre music, produced works of visual art, and band members have embarked on a number of side projects.

Avenue de Sévelin 34, 1004 Lausanne, Switzerland
Lausanne, Switzerland
See all rock & metal events in Les Docks
You may also like
{"location":"City", "band":"Band name", "genre": "Genres", "place":"Place", "event":"Festivals in"}
{"message":"We use cookies to enhance your experience. By continuing to visit this site you agree to our use of cookies.","info":"More info", "link":"https://en.wikipedia.org/wiki/Cookie" }