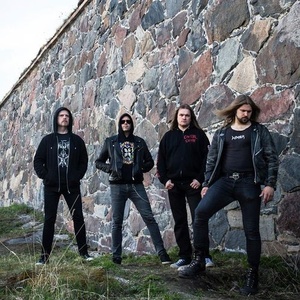 You have a great opportunity to see Hoods, on March 29, 2020 at Hawthorne Theatre in Portland, OR.

Hoods is a metalcore band from Sacramento, California. Formed in 1994 by Mike (Hood) Mraz who later added Logan Murray, Tony Goodloe and Billy Gaffney. Hoods shows influences such as Madball, Sick of It All, Minor Threat and Cro-Mags. They released their first EP entitled Once Again in 1996 and concentrated on live performances. After numerous fights between fans and an altercation between a couple of the band members and a police officer, the band was more or less forced out of the Sacramento area. The band concentrated efforts on the San Francisco Bay Area playing shows with groups such as Powerhouse, Redemption 87 and Skin Lab. In 1997 after a disagreement with bandmates and his mother's illness Gaffney left and was replaced by Jeremy. Murray and Goldoe then left and were replaced by Ben and Mario. Mike was the only original member left. The Hoods were dropped from Victory Records. They signed with Eulogy Recordings in 2005 and released The King Is Dead. The group released a new album, Ghetto Blaster, on April 24, 2007. The newest release Pit Beast dropped in late May 2009 after the band signed with I Scream Records. In 2014 the band signed with Artery Recordings and released "Gato Negro".