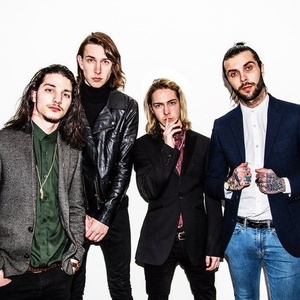 Concert The Hunna in Gloria Theater

You have a great opportunity to see The Hunna, on May 21, 2020 at Gloria Theater in Cologne.

About artist The Hunna

The Hunna are an English rock band from Hertfordshire in England formed in 2015. The band members are singer/guitarist Ryan Potter, lead guitarist Dan Dorney, bassist Jermaine Angin, drummer Jack Metcalfe and band roadie Liam James. The band takes inspiration from a wide range of sources, including bands like Kings Of Leon, Foals and Queen.