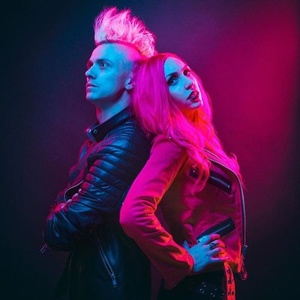 About artist Icon For Hire

Icon for Hire is an American rock band from Decatur, Illinois. Formed in 2007, the band's current lineup consists of singer Ariel Bloomer and guitarist Shawn Jump. They released two EPs independently before signing to Tooth & Nail Records, through which they released their first two albums: Scripted in 2011 and Icon for Hire on October 15, 2013. Their third album, You Can't Kill Us, was independently released on November 25, 2016.