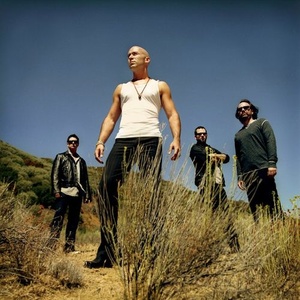 Here you can find all upcoming Live concerts. If the concert schedule is not right, please contact us and we will add a gig of Live in 2021 or 2022 in our database.

Past events of band Live →
Adelaide, Australia
With: Bush
Bonython Park
Interested
0Going
Interested
Going 0
Not interested
We have no ticket information yet, subscribe to the event and we will notify you
No Information
I have a ticket:

Live (/ˈlaɪv/, often typeset as LĪVE or +LĪVE+) is an American rock band from York, Pennsylvania, consisting of Ed Kowalczyk (lead vocals, rhythm guitar), Chad Taylor (lead guitar, backing vocals), Patrick Dahlheimer (bass), and Chad Gracey (drums). Kowalczyk left the band in 2009 and was replaced by Chris Shinn, but rejoined in December 2016.
Live achieved worldwide success with their 1994 album Throwing Copper, which sold eight million copies in the U.S. The band had a string of hit singles in the mid-1990s including "Lightning Crashes", which stayed at the top of the Billboard Hot Mainstream Rock Tracks chart for 10 consecutive weeks and the Modern Rock Tracks (now Alternative Songs) chart for nine weeks from February 25 to April 22, 1995. The band has sold over 20 million albums worldwide. Their last three studio albums fared only moderately well in the U.S., but they continued to enjoy success in The Netherlands, South Africa, Australasia, and Brazil.
When touring, Live has used additional musicians, including Ed Kowalczyk's younger brother Adam on rhythm guitar and backing vocals, British keyboardist Michael "Railo" Railton and rhythm guitarist Christopher Thorn of Blind Melon.
On November 30, 2009, Taylor revealed that what had initially been termed a two-year hiatus was more likely the end of the band. An acrimonious split soon occurred, with Kowalczyk leaving the band, however Live continued with new vocalist Chris Shinn and released the album The Turn in October 2014. Kowalczyk rejoined the band in December 2016.