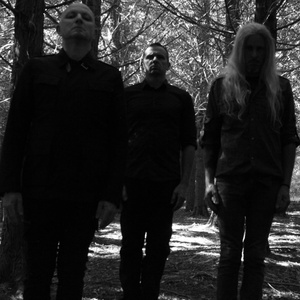 Upcoming events: 1
Subscribers:  0
My Rock Shows — search for concerts and buy tickets in more than 50 countries.
Join us
Sign in

Here you can find all upcoming Stille Volk concerts. If the concert schedule is not right, please contact us and we will add a gig of Stille Volk in 2022 or 2023 in our database.

Click the "Subscribe" button and get notified by MyRockShows about Stille Volk upcoming events. Explore this page to find details of upcoming events of Stille Volk, including the venue address and tickets cost.

Stille Volk (meaning "The Silent People" in Dutch and German) is a folk band from the Pyrenees area of France. The band formed in 1994, and draws inspiration from Celtic and medieval music.

The members play mostly, sometimes exclusively, traditional instruments (except on the more experimental album Ex-uvies). The lyrics are usually sung in French, Catalan or Occitan, and are mostly pagan-themed, evoking nature, myths, magical beings and sorcery. The band members identify with a form of paganism they define as a nature-based aesthetic and having a subjective view of the world; they reject organised religion and political interpretations of paganism.

The band is sometimes associated with the folk metal genre, probably due to the use of electric guitars on the Ex-uvies album. The other albums, however, are not related to this genre in any way. It is notable, though, that the two members of Stille Volk play together in a folk metal band called Hantaoma, highly reminiscent of Stille Volk.

The name "Stille Volk" comes from "Encyclopedia of Elves" by Pierre Dubois where it was a name for "troglodyte elves [i.e. dwarves] from German mythology". The phrase "Stille Volk" is ungrammatical in German.