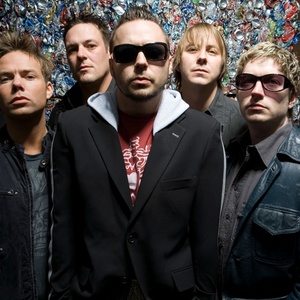 Upcoming events: 46
Subscribers:  10
My Rock Shows — search for concerts and buy tickets in more than 50 countries.
Join us
Sign in

Here you can find all upcoming Blue October concerts. If the concert schedule is not right, please contact us and we will add a gig of Blue October in 2022 or 2023 in our database.

Blue October is an American alternative rock band originally from Houston, Texas. The band was formed in 1995 and currently consists of Justin Furstenfeld (lead vocals, guitar), Jeremy Furstenfeld (drums, percussion), Ryan Delahoussaye (violin/viola, mandolin, piano, backing vocals), Matt Noveskey (bass guitar, backing vocals), and Will Knaak (lead guitar). The band has had sixteen Top 40 singles over their past eight studio albums and is best known for their platinum singles "Hate Me" and "Into the Ocean" from their 2006 platinum album Foiled.

Poets Of The Fall