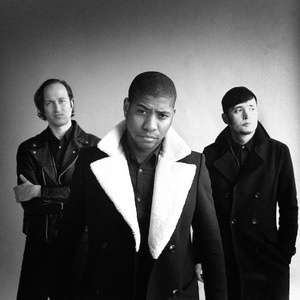 Upcoming events: 25
Subscribers:  1
My Rock Shows — search for concerts and buy tickets in more than 50 countries.
Join us

Here you can find all upcoming Algiers concerts. If the concert schedule is not right, please contact us and we will add a gig of Algiers in 2021 or 2022 in our database.

Algiers (فرقة الجزائر) is an American rock band from Atlanta, Georgia, United States, formed in 2012. The band consists of multi-instrumentalists Franklin James Fisher, Ryan Mahan, Lee Tesche, and Matt Tong. Algiers pulls from a divergent number of musical (and nonmusical) influences; the most notable of which being post-punk, gospel, Southern Gothic literature, and the concept of the Other. Their sound has been described as dystopian soul due to its somber mood, afrofolk inspired vocal approach, and heavy emphasis on atonal textures.

Have a Nice Life

Ambient Drone
They track this band: