Main  →  Bands by countries  →  Bands from Australia  →  Birds of Tokyo 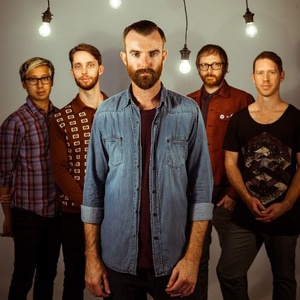 Upcoming events: 17
Subscribers:  1
My Rock Shows — search for concerts and buy tickets in more than 50 countries.
Join us

Here you can find all upcoming Birds of Tokyo concerts. If the concert schedule is not right, please contact us and we will add a gig of Birds of Tokyo in 2021 or 2022 in our database.

About Birds of Tokyo

Birds of Tokyo is a five-piece alternative rock band from Perth, Western Australia. Their debut album Day One, gained them domestic success, reaching number three on the AIR Independent Album charts and spending a total of 36 consecutive weeks in the top ten.
In 2008, the band released Universes, which made it to number three on the Australian ARIA Albums Chart. 2010 saw the band's self-titled third studio release Birds of Tokyo spend over eight months on the Australian top 20, peaking at number two on the ARIA Albums Chart. The double platinum album received the 2010 ARIA Award for Best Rock Album and in early 2011 the band's breakthrough hit Plans ranked number four on Triple J's Hottest 100. The album's follow-up single, Wild at Heart, reached number one on the country's national airplay chart and won the band an APRA Award.
In 2013 the band released their fourth studio album March Fires. Supported by the album's first two singles This Fire and Lanterns, March Fires debuted at number one on the ARIA Albums Chart—the band's first ever number one record. The album was certified gold within four weeks of release and the triple platinum single Lanterns was the most played song on Australian radio for the first six months of 2013.
The band released their fifth studio album Brace in November 2016.