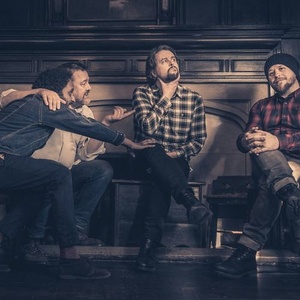 Upcoming events: 0
Subscribers:  2
My Rock Shows — search for concerts and buy tickets in more than 50 countries.
Join us
Sign in
Follow us on social media

Here you can find all upcoming Elbow concerts. If the concert schedule is not right, please contact us and we will add a gig of Elbow in 2022 or 2023 in our database.

Click the "Subscribe" button and get notified by MyRockShows about Elbow upcoming events. Explore this page to find details of upcoming events of Elbow, including the venue address and tickets cost.

Filter by countries
All
See past events of Elbow →

Elbow are an English rock band consisting of Guy Garvey (vocals, guitar), Craig Potter (keyboard, piano, backing vocals), Mark Potter (guitar, backing vocals) and Pete Turner (bass guitar, backing vocals). They have played together since 1990, adopting the Elbow band name in 1997.
The band have released seven studio albums, Asleep in the Back (2001), Cast of Thousands (2003), Leaders of the Free World (2005), The Seldom Seen Kid (2008), Build a Rocket Boys! (2011), The Take Off and Landing of Everything (2014), and Little Fictions (2017). Their studio albums, as well as their B-sides compilation Dead in the Boot (2012), all reached the top 15 of the British album chart. Seven of their singles placed in the top 40 of the British singles chart. Their most recent album, Little Fictions, was released on February 3rd, 2017.
In 2008, Elbow won the Mercury Music Prize for their album The Seldom Seen Kid, and in 2009 they won the Brit Award for Best British Group. In 2012, they released "First Steps", the BBC theme for the 2012 London Olympics.

Folk Rock Indie Rock
They are subscribed to this band in