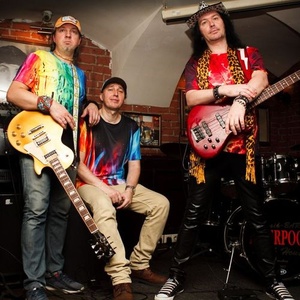 Here you can find all upcoming Mario concerts. If the concert schedule is not right, please contact us and we will add a gig of Mario in 2021 or 2022 in our database.

Past events of band Mario →
Mario: INERTIA Live
Live stream on Mandolin
0Remind me
Remind me 0
Not interested

20 USD @ Boxoffice Mandolin
Buy ticket
Uhingen, Germany
UDITORIUM
Interested
0Going
Interested
Going 0
Not interested
We have no ticket information yet, subscribe to the event and we will notify you
No Information
I have a ticket:

Marion are an English indie rock band, formed in 1993 in Macclesfield, Cheshire. The band's classic lineup featured frontman Jaime Harding (born Jaime Brian Harding), guitarist Phil Cunningham, guitarist Tony Grantham, bassist Nick Gilbert and drummer Murad Mousa.
The band released two studio album before splitting up in 1999, due to Harding's heroin addiction which saw him stop turning up to rehearse with the band that year.
In 2006, Harding and Cunningham recruited a new set of musicians and reformed the band. They started working on new material, having played their first live gig together as Marion in seven years on 1 April 2006 in Bath. They followed this up with sold-out shows in Manchester and London in September 2006.
The original lineup of the band reformed, minus drummer Murad Mousa who was replaced by Jack Mitchell, in September 2011. In Summer 2015, it was revealed that Harding was continuing with the band with himself as the sole original member of the band involved.