FAILURE: WE ARE HALLUCINATIONS 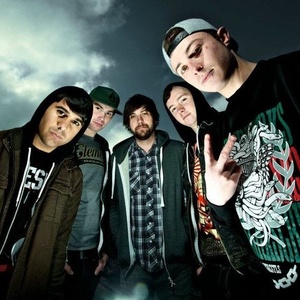 We're excited to announce that our first streaming event, "We Are Hallucinations," debuts on Dec. 15 with tickets on-sale now via linktr.ee/failureband. An exclusive tour poster, as well as re-stocks of vinyl for each of our six albums, and new merchandise, are also available at that link.
Greg: “This film is comprised of performances from our Summer 2022 Wild Type Droid tour of North America. It’s crazy that we have never made a concert film before, but I think this will really stand as a definitive document of the dynamic between the three of us on stage and the connection we have with our fans."
"We Are Hallucinations" debuts on Dec. 15 at 12:00 pm pacific/3:00 pm eastern/8:00 pm UK/9:00 pm EU, and remains available through Dec.18. You have three full days from the time of purchase to watch the film at any time, and as often, as you'd like. If you purchase on Dec. 17 or Dec. 18 you can continue to watch for three days from the time of purchase.

Failure is an American alternative rock band from Los Angeles that was active from 1990 to 1997 and from 2014 onwards. They are often compared to other alternative rock bands from that time that were similarly labeled as "alternative", such as Nirvana and Soundgarden, but are distinguished by their meticulous attention to textural sonic detail, inventive use of guitar effects and signal processing, and the overall expansive sound design of their later albums. Failure reunited in 2014.