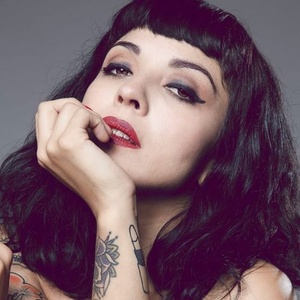 You have a great opportunity to see Mon Laferte, on Nov. 30, 2022 at Auditorio Explanada in Pachuca.

Norma Monserrat Bustamante Laferte (born May 2, 1983), better known by her stage name Mon Laferte, is a Chilean singer-songwriter and actress.
Laferte was born in Viña del Mar. She plays various musical instruments and has many influences: rock, blues, pop, electronic music, etc. She began studying music at an early age, entering a musical conservatory in Viña del Mar, Chile at the age of 13. Soon after, she decided to self teach and began playing in bars in the city of Valparaíso.
In 2003, she released her first studio album named La Chica de Rojo. In 2009, Laferte was diagnosed with thyroid cancer. But two years later, she recorded her second album under her stage name Mon Laferte, titled Desechable. The next year, she was invited to judge the second season of the Chilean version of The X Factor, called Factor X, along with Karen Doggenweiler, Tito Beltrán and El Puma Rodríguez.
In 2007, Mon Laferte decided to start a new chapter in her musical career by moving to Mexico City from Chile, where she began a new musical project with her own songs and music, garnering much success and popularity in Mexico.
In 2013, she released her third album named Tornasol. In 2015, she released her fourth album named Mon Laferte, Vol.1. and In 2017, she released her fifth album named La Trenza.
Laferte is a vegetarian.