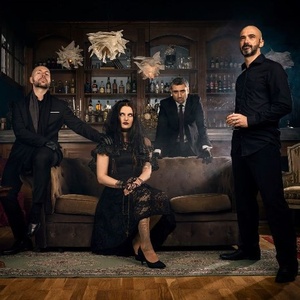 Concert of Akiavel in Le Tetris

Akiavel is a Death Metal band from the South of France, formed in 2018. The band released their first, self-titled, EP in December 2018, showcasing their trademark sound: a mix of Groove, Thrash, Black and Old-school Death Metal, with a touch of melodic riffs, heavy rhythmic and hardcore sounds. They draw their inspiration from bands such as: Morbid Angel, Deicide, Obituary, Cannibal Corpse, Testament and Gojira. Akiavel’s debut full-length album, “V” was recorded at Studio Artmusic and mastered by Kohlekeller Studio, and was released on 20 February 2020 on Mystic Production. Acclaimed by critics, they immediately found their footing in France and abroad. A genuine and balanced expression of melodic metal and brutal violence. Julien Truchan (Benighted) makes an appearance on the track “I & Me”. Akiavel will record their second full-length album in February 2021, to be released in April 2021.