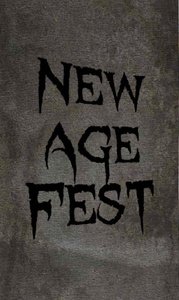 Concert of NEW AGE FEST in UNDER

You have a great opportunity to see Vomitous Mass, on Nov. 11, 2022 at UNDER in Tyumen.

December 10, 2013, the group was renamed in GUTTURAL PUTREFACTION Vomitous Mass, thus further delving into Slamming sound. December 24 the band released their first single under the new name and sound, called Devour Excrement.
Since then, the group began actively working on new material. In April 2014, the band hits the Regional Music Festival Muz-Online.
July 18 the band released its first Live-album, called Vomit Line in Muz-Online, and on 20 July, a group celebrates the year of the founding of a concert in his hometown of Tomsk.

Six months later, in February 2015, the band set about recording their first full-length album and making his first fielding a concert on February 15 at Novosibirsk on REVOLUTION live band festival. The group returns to former bassist Warhammer and leaves Ivan for personal reasons. The group took part in the VIII Muz-Online, and played the last time the original lineup. Currently, the group consists of vocalist and guitarist. On April 24, the network has been laid out the first single from the upcoming full-length album.