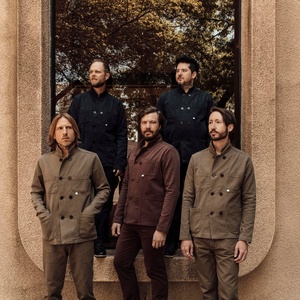 Concert of Midlake in Pustervik

You have a great opportunity to see Midlake, on Nov. 9, 2022 at Pustervik in Gothenburg.

In 2012, vocalist, guitarist and primary songwriter Tim Smith left the band during the recording of its fourth studio album. Following his departure, guitarist and backing vocalist Eric Pulido filled Smith's vacated role, and the band started afresh with its recordings, releasing Antiphon in 2013.

The band first gained popularity in Europe, signing to Bella Union Records and later playing at festivals such as Les Inrockuptibles, Wintercase, End of the Road and South by Southwest.

Järntorgsgatan 12, 413 01 Gothenburg, Sweden
Gothenburg, Sweden
See all rock & metal events in Pustervik
You may also like
{"location":"City", "band":"Band name", "genre": "Genres", "place":"Place", "event":"Festivals in"}
{"message":"We use cookies to enhance your experience. By continuing to visit this site you agree to our use of cookies.","info":"More info", "link":"https://en.wikipedia.org/wiki/Cookie" }