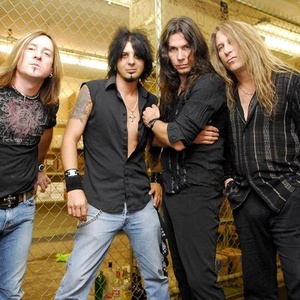 Concert of Slaughter in Waverly Beach

Slaughter is an American rock band formed in Las Vegas, Nevada by lead vocalist/rhythm guitarist Mark Slaughter and bassist Dana Strum. The band reached stardom in 1990 with their first album Stick It to Ya, which spawned several hit singles including "Up All Night", "Spend My Life", "Mad About You" and "Fly to the Angels". The album reached double platinum status in the United States. The band remains a steady act in national tours, mainly in the Rock Never Stops Tour which features several bands of the same era.
Slaughter formed in Las Vegas, Nevada, in late-1988, out of the ashes of lead vocalist Mark Slaughter and bassist Dana Strum's previous band, Vinnie Vincent Invasion. Vinnie Vincent Invasion's record company, Chrysalis Records, took the $4 million contract away from Vinnie Vincent for overexceeding his credit line with the label, and transferred the contract to former members Slaughter and Strum. By 1989, Slaughter and Strum completed the lineup by recruiting lead guitarist Tim Kelly and drummer Blas Elias.